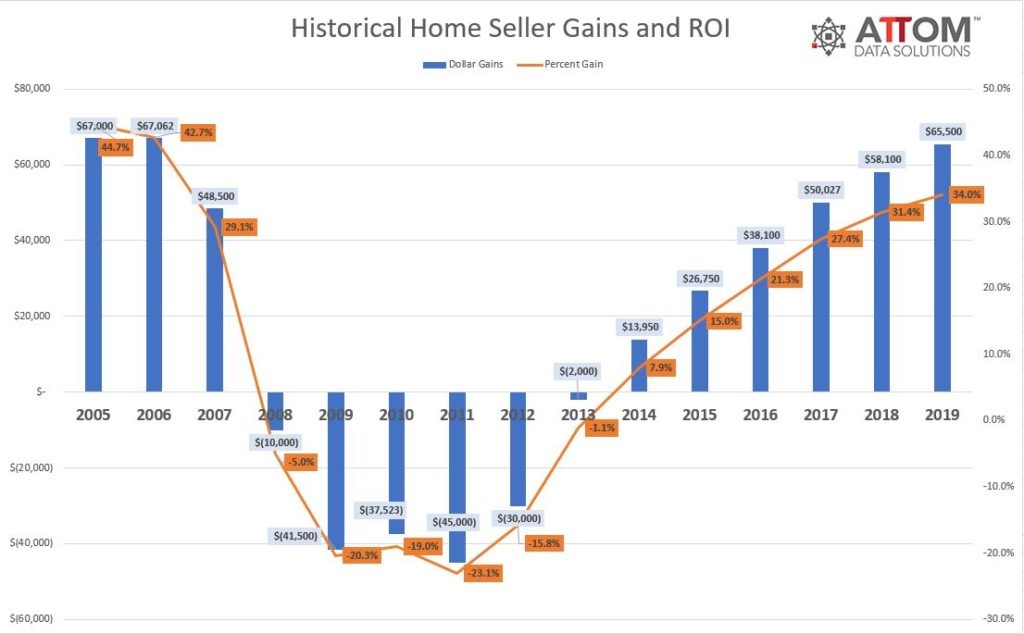 Median Home Sales Prices Reach Record High of $258,000 in 2019; Homeowners Staying Put Longer as Average Homeownership Tenure Rises to New High.  ATTOM Data Solutions, curator of the nation’s premier property database and first property data provider of Data-as-a-Service (DaaS), today released its Year-End 2019 U.S. Home Sales Report, which shows that home sellers nationwide in 2019 realized a home price gain of $65,500 on the typical sale, up from $58,100 last year and up from $50,027 two years ago. The latest profit figure, based on median purchase and resale prices, marked the highest level in the United States since 2006 – a 13-year high.

That $65,500 typical home seller profit represented a 34 percent return on investment compared to the original purchase price, up from 31.4 percent last year and up from 27.4 percent in 2017, to the highest average home-seller ROI since 2006.

Both raw profits and ROI have improved nationwide for eight straight years. However, last year’s gain in ROI – up less than three percentage points – was the smallest since 2011.